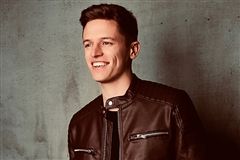 Connor obtained his B.A. from the Los Angeles Film School in less than three years. Currently, Gould works as a producer for Catcher Creative producing and managing commercials, music videos and social media content for some of the largest influencers in the world.
His arsenal of talent goes beyond sound and film as he also excels in the art of photography. Whether it is a portrait or action shot, Gould can capture it. He has hired multiple fellow Fort Bend Christian Academy alumni for projects that he produces. Long term, Gould wants to produce a Christian film after his name is more established in the business.
His personal, biblically-inspired code of ethics, which he calls, “professional kindness,” helps steer his attitude and behavior.

“If you go out of the way to be kind to the people, people will want to work harder for you,” he said. “This is not a Christian industry, but I try to be kind to people and plant that seed. Simply saying, ‘I’ll be praying for that,’ makes them pause and think about faith in general.”
Back